He is an elected member of US National Academy of Sciences (NAS), the European Molecular Biology Organization (EMBO), and the Royal Society of London. Awards received: Gold Medal by the Italian President, Albert B Sabin Gold Medal, Canada Gairdner International Award and European Inventor Award for Lifetime Achievement. He was nominated third most influential person worldwide in the field of vaccines (Terrapin). He has published more than 765 works in peer-reviewed journals.

Dr. Rappuoli is among the world scientific leaders dedicated to the sustainability of global health. 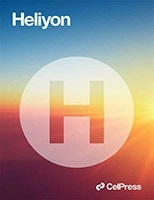